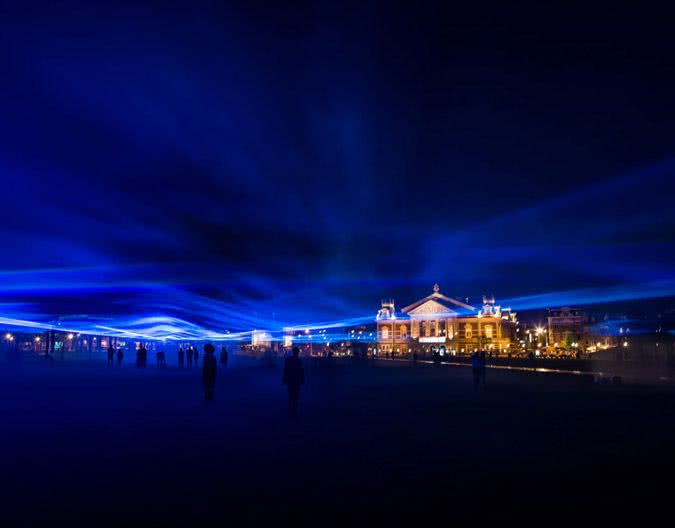 The Amsterdam Museum Quarter is home to the three most important museums in the Netherlands: the Rijksmuseum, the Stedelijk Museum and the Van Gogh Museum. It also houses the majestic Concertgebouw and some superb cafés, restaurants and hotels. In the elegant P.C. Hooftstraat and Van Baerlestraat you will find many of the world’s most exclusive fashion, jewellery and other luxury brands. Families with children will also be able to enjoy themselves in the Museum Quarter. With its large grassy open area, the Museumplein offers plenty of room to have a picnic or just relax. The Museum Quarter even has its own indoor swimming pool.

Discover the area through our specially curated walks, each of which focuses on a different aspect of the Museum Quarter and all of which will enrich your visit. Each walk will take no more than 30 minutes. Or longer, depending on your curiosity…

Art nouveau is an international style of art, architecture and decorative arts which was popular between 1890-1914. The Museum Quarter is the go-to area for art-nouveau-watching, because the popularity of the style coincides with the development of this neighbourhood as a residential area for a growing group of affluent middleclass families.

It’s rich pickings for lovers of architecture in the Museum Quarter. You will be able to find building styles ranging from neo-renaissance to art nouveau to contemporary. This walk starts at Van Baerlestraat 35 opposite the Concertgebouw.

You don’t have to be four years old to enjoy the fun and games to be discovered in the Museum Quarter. Just connect to your inner-child and enjoy! This walk starts at the Rijksmuseum.

‘Spend one million in an hour’ walk Options

Looking to spend some money? Look no further than the P.C. Hooftstraat (known locally as just ‘the P.C.’), Amsterdam’s foremost street to get rid of all of that excess cash. The mix of luxury and craftsmanship found at the shops here, also makes for excellent dreaming and window-shopping.