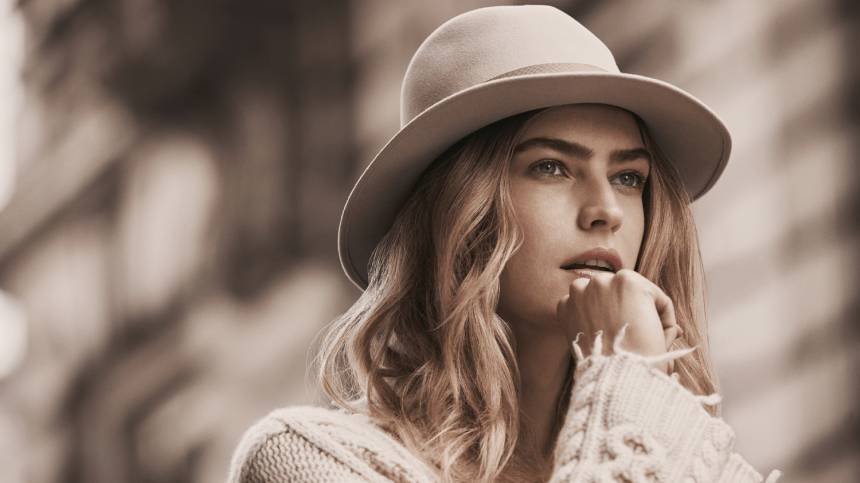 Shortly after the Second World War the couple Pauw-Thiry opened the first Pauw store at the Europaplein in Amsterdam, The Netherlands. The concept of Pauw, a multibrand-store, was a local success, and in the following years more stores were opened in cities throughout The Netherlands.

In the 60’s, their daughters made their entries into the family company. Madeleine and Henriette decided to expand and amplify the businessmodel: besides carrying various names in fashion, Pauw becomes a concept that also offers avant-garde labels. The sisters saw potential in - until then - relatively unknown labels from Paris, London and Milan. As it happens, they became one of the first to introduce Comme des Garçons, Kenzo and Dries van Noten to The Netherlands.

During the 80’s, Pauw keeps expanding; in 1983 the first Pauw Mannen is opened. In the course of the years, the independently owned Pauw Amsterdam acquires a prominent place in the Pauw-stores. At the same time, Pauw stays loyal to her multi brand origins by carrying a wide array of various exclusive labels.

With the new millennium comes an era of international expansion led by Christiaan Klein Pauw, son of Madeleine: showrooms are opened in Amsterdam, Paris and Munich. Pauw becomes an international brand, and is officially recognised as Pauw Amsterdam. In 2006 Pauw is also introduced in North America: the collections are presented in establishments of the prestigious Saks Fifth Avenue in New York, Beverly Hills and San Francisco. In 2012 the first Pauw Amsterdam shop-in-shop is opened in Saks Fifth Avenue New York.

Anno 2015, Pauw is represented by 28 self-owned stores in The Netherlands and 150 points of sale worldwide. With the introduction of the AW14 collection, Pauw expanded her digital platform, including an e-commerce shop.

Pauw Amsterdam is worn by Michelle Obama, Oprah Winfrey, Céline Dion and by members of the Swedish royal family. In The Netherlands, Carice van Houten and Renate Verbaan are frequent wearers of Pauw Amsterdam, as is the Dutch Royal Family. In 2002, Pauw dressed the bridesmaids for the wedding of then Crown Prince Willem-Alexander to Princess Maxima. They have since gone on to ascend the Dutch throne.

From the start, Pauw has always sold various labels in the stores. With Madeleine’s inspiring vision Pauw developed and evolved. In 1987, the first Pauw-collection was born under the family name PAUW.

Pauw Amsterdam has its own signature: an elegant and always luxurious appearance and feel, contrasted by military and masculine influences. Madeleine Pauw her designs are meant to inspire the individuals that wear them. The designer is always looking for the perfect balance between fit, design and materials. This balance should not only complement female beauty and contour, but more importantly, it should emphasise her strength. .

Individually striking pieces are given depth by combining them with timelessly elegant items. Every design has the ability to be combined, which leaves endless possibilities for versatility. Pauw Amsterdam has created a style that is understated and modest, yet always fashionable at heart. The diversity within the collections leads to the possibility of shopping for both business and casual attire, as well as shopping for festive and formal occasions.

Pauw combines own designs with items by other exclusive labels. These luxurious items are meant to support and strengthen the Pauw-collections. The selection of labels that Pauw carries is determined per season and is specifically selected to complement the collection. Through this, each collection acquires a unique character.

A core aspect in the carrying out of the Pauw-identity is the degree to which we value personal service. The individual locations present items from the Pauw Amsterdam collections, supported by carefully selected items from exclusive brands. Through this, Pauw aims to provide her customers with a truly individual and personal shopping experience.